What are the same places and differences between CAT5 and CAT6?

What are the Same Places and Differences between CAT5 and CAT6 Network Cable?

As is known to all, the Ethernet cable is the most common type of network cable. Undoubtedly, we almost use the Internet every day. Thus, choosing the right type of Ethernet cable is essential. It can help a lot boost Internet speed.

First, let's learn about the basic information of Cat5 and Cat6 cable.

What Is Cat5 Network Cable? 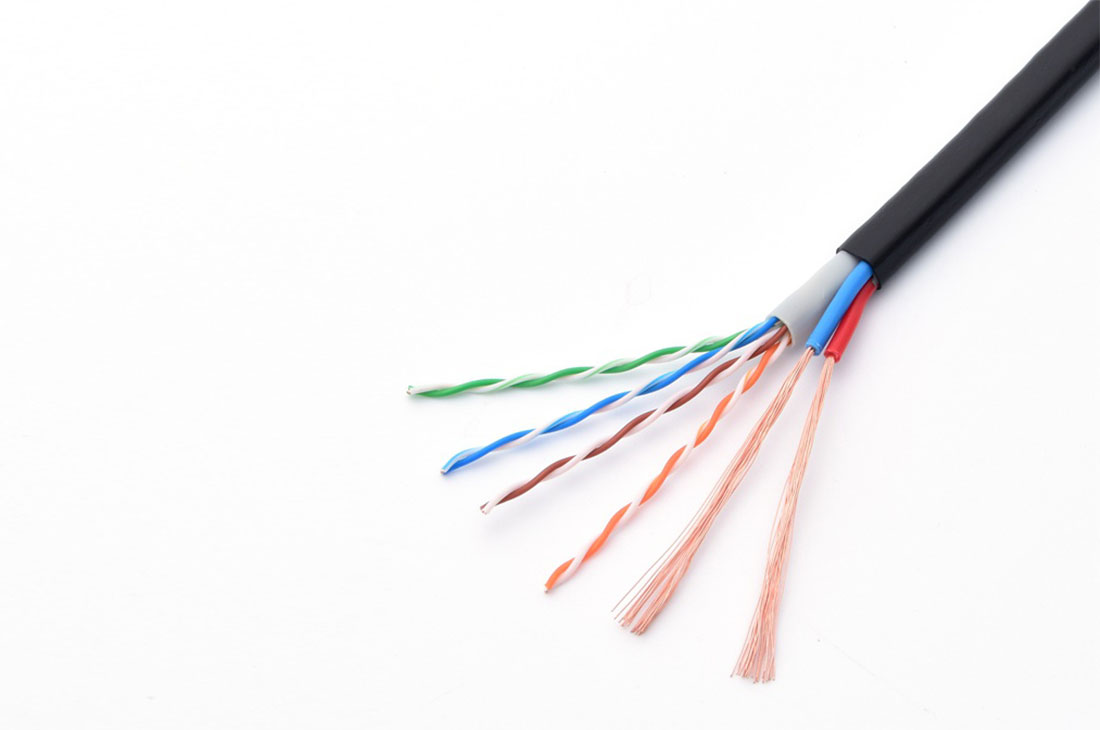 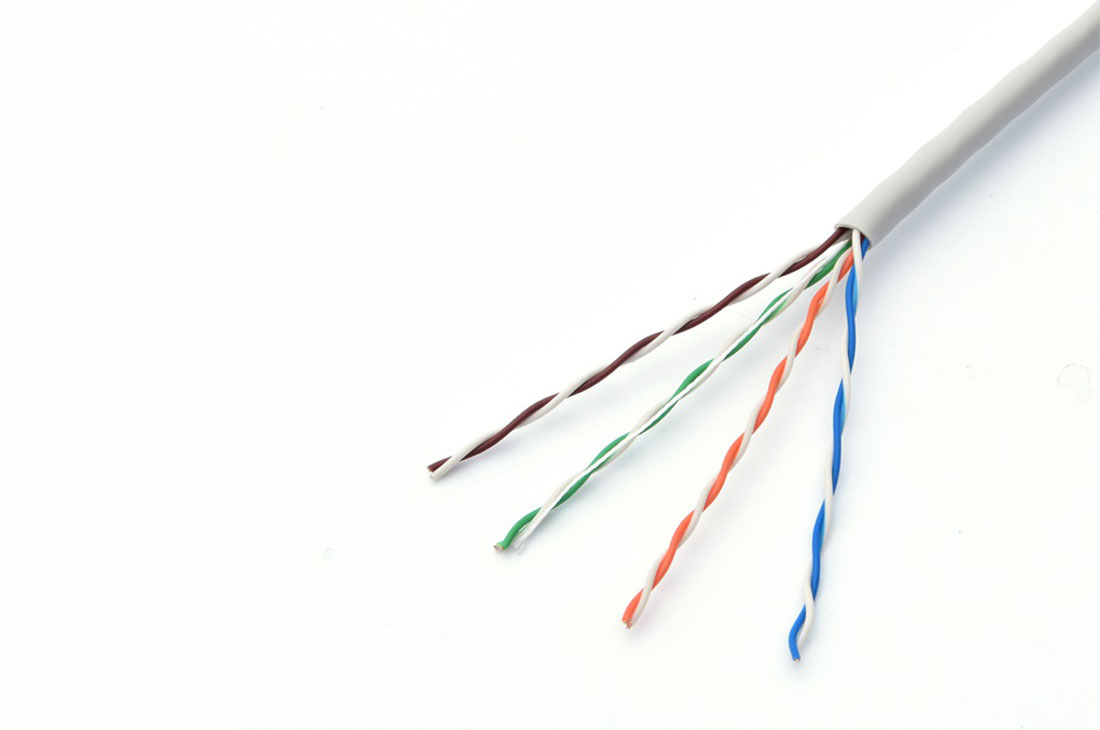 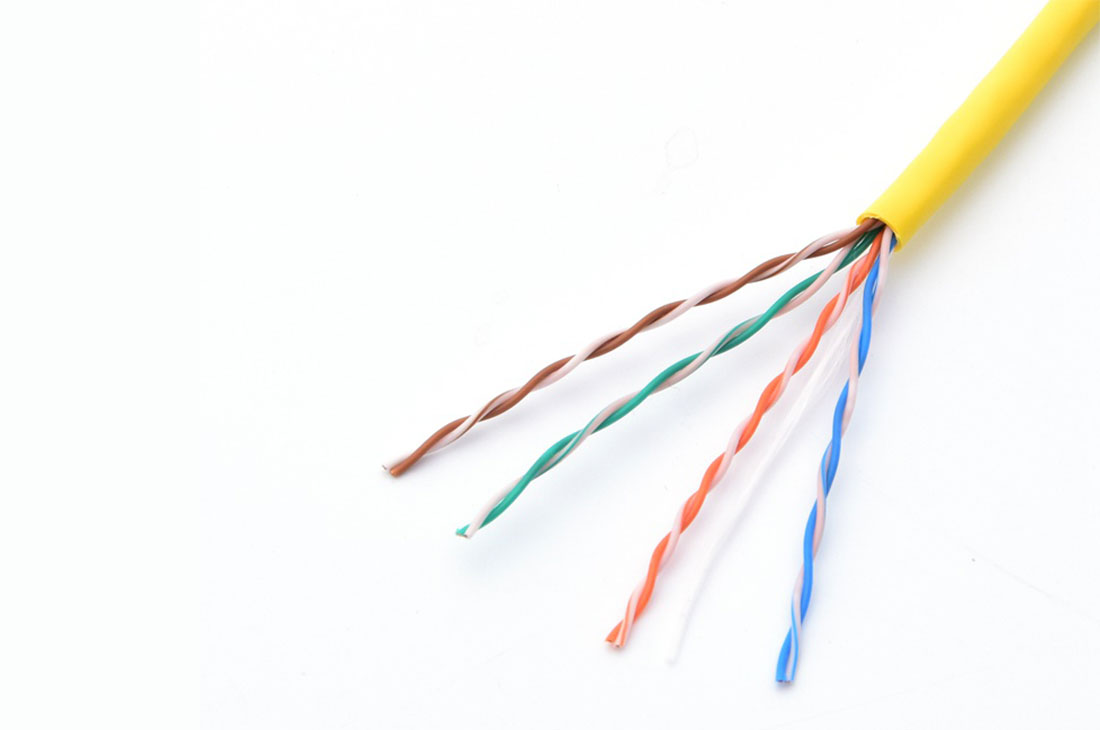 What Is Cat6 Network Cable? 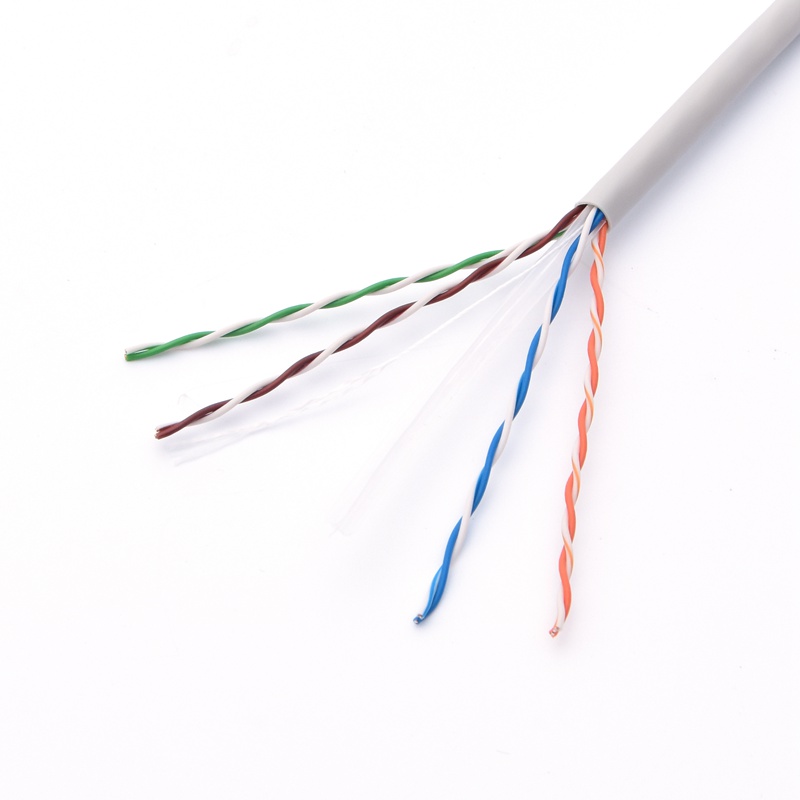 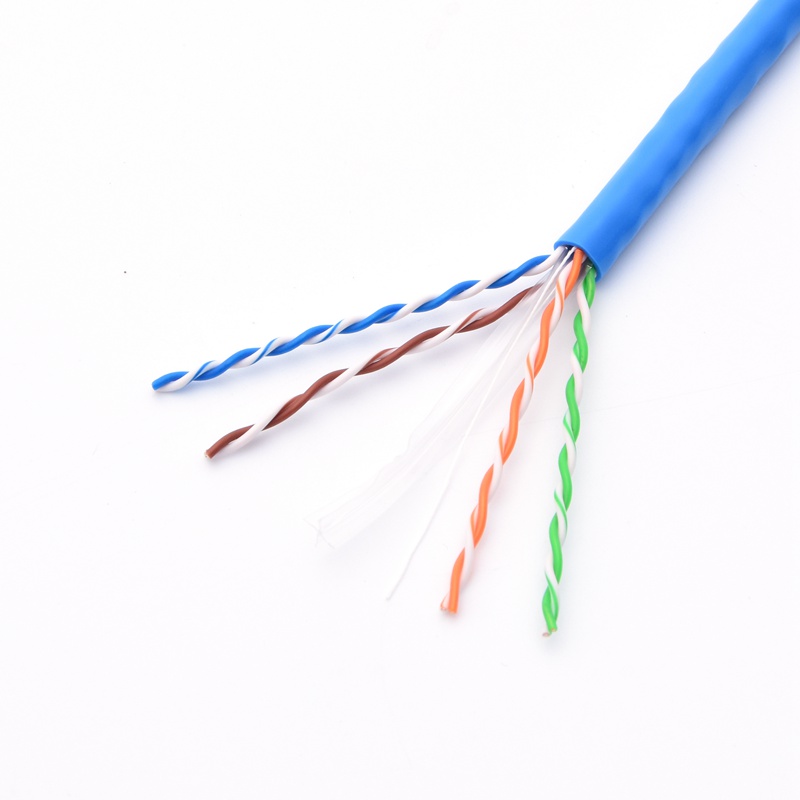 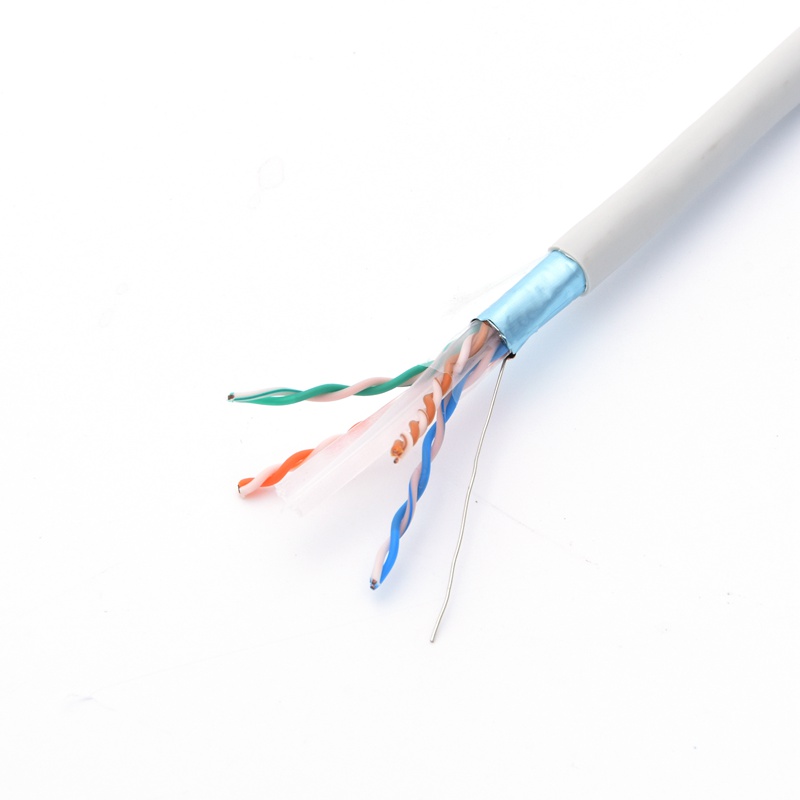 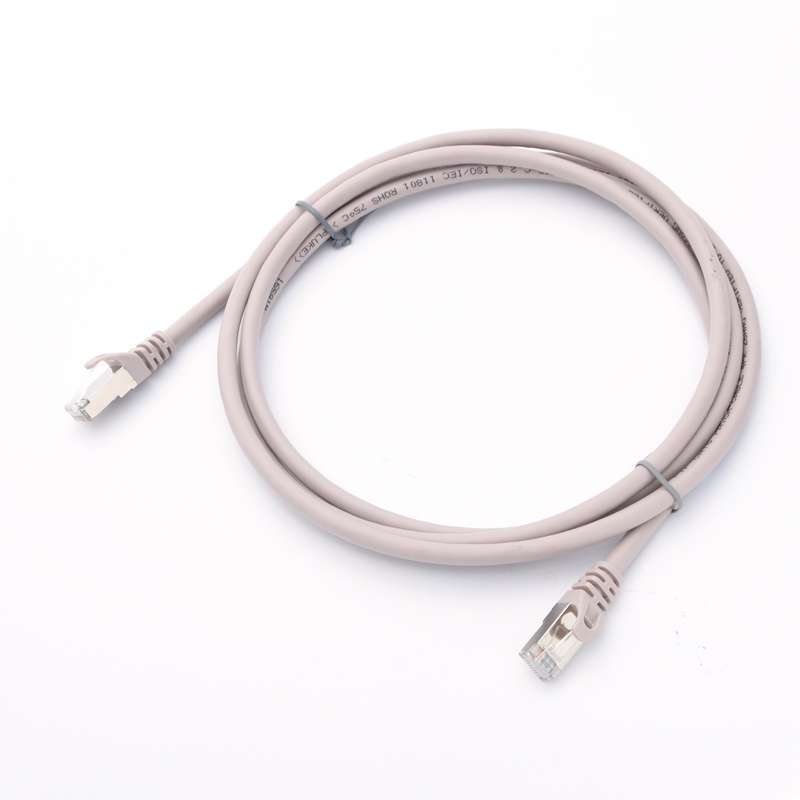 First of all, Cat5 network cable and Cat6 network cable both belong to the same type of UTP which means unshielded twisted pair.  What is UTP? It consists of four pairs of wires with colored codes.

And the wire is twisted around with each other. The twisted wires can prevent electromagnetic interference.

Secondly, it may be the most frequent question of the similarity between Cat5 and Cat6. Are Cat5 and Cat6 connectors the same?

Cat5 and Cat6 both share the same end piece. And they can plug into the same port.  That means they are capable of plugging into any Ethernet jack on a computer, router, or another similar device.

The same type of connector for Cat5 and Cat6 is RJ45. It is the most common connector for Ethernet networking. RJ refers to "registered jack”. A registered jack is a standardized telecommunication network interface. It is used for connecting voice and data equipment to a service provided by a local exchange carrier or long-distance carrier.

The Specifications Of Cable Conductor

The Structure Of Cat5 And Cat6

The structure of Cat5 is pair - stranded insulated wire + tearing rope+ sheath. When you cut and open the Cat5 cable, there are two pairs of twisted wires. Every pair has colored codes. And you can't see the insulation between each pair. Besides, there is no insulation for the whole cable either.

While the structure of Cat6 is pair - stranded insulated wire + cross-frame + tearing rope + sheath. You can also see four twisted pairs. But the difference is that it has insulation of a foil or a plastic core. Then the insulation will separate each pair of wire. This special place can make great differences in the performance of Cat6. We will discuss it later in the following passages.

The Capabilities And Performance

From the passages above we can know what is the physical difference between Cat5 network cable and Cat6 network cable. Now let's dive into the differences in their capabilities and performance.

With the bandwidth of up to 100Mhz, Cat5 is suitable for networks under 100 megabytes. For its frequency, Cat5 has a transmission rate of 100MHz. It is usually used for voice transmission and data transmission with a maximum rate of 100Mbps. Generally, people use Cat5 as the most common Ethernet cables for the networks of 100 base-t and 10 base-t.

What is the difference between Cat5 and Cat5e?

The biggest physical difference between Cat5 and Cat5e lies in their speed. Cat5 cable can handle up to 10/100Mbps at a 100MHz bandwidth, but the newer versions Cat5e make progress in the speed. Cat5e has a rated speed of 1gbps or 1000mbps per 100m and bandwidth of 100MHz. Such an improvement can reduce crosstalk and interfere. Besides, it has a higher ratio of attenuation to crosstalk (ACR) and Structural Return Loss (SNR). It can also cause less delay errors. As it has much-improved performance, people usually use Cat5e for Gigabit Ethernet (1000Mbps).

With a 250-Mhz bandwidth, Cat6 is used to set up the gigabit network. And its transmission frequency is 1MHz to 250MHz.

Cat6a is an upgraded version of Cat6. Cat6a can transfer data and signals at 10 gigabits per second. But the distance is longer than 100 meters. The reason why is that it has a bigger bandwidth up to 500MHZ.

The biggest difference between Cat6 and Cat6a is that Cat6a can maintain 10 Gigabit speeds for the full 328 feet of Ethernet cable. Generally, the industrial field will prefer Cat6a.

What is the difference between Cat5 and Cat6 network cable?

Compared to Cat5, Cat5e is an improved one. But how about Cat5e Cat6? Is Cat6 faster than Cat5e? The answer is yes. Cat6 provides two-time bandwidth than Cat5e. Its transmission performance is much more efficient than Cat5e. And Cat6 is most suitable for applications with transmission rated over 1Gbps.

When you search Cat5 and Cat6 on Google, Cat7 also comes in your sight. Cat7 stands for Category 7 which is the big boss of the Ethernet cable. It is the fastest one rated for 10gbps speed but with a larger bandwidth up to 600Mhz. Due to its extensive shielding, it’s more capable of reducing signal attenuation.

So what are the differences between Cat5, Cat6, and Cat7? The answer is quite simple. Cat7 offers the fastest speed while Cat5 and Cat6 can not. Therefore, Cat7 is more commonly used in data centers and large enterprise networks. How about their connectors? Are the Cat5, Cat6 and Cat7 connectors the same? The answer is yes. The connector is still RJ45.

Meanwhile, another frequent question is noteworthy. Can we replace Cat6 with Cat5 or Cat5e? The answer is always yes. Cat6 can be used in place of Ca5, as it has great compatibility and can work on the Cat5 network. It is backward compatible with specifications of Cat5 or Cat5e. For a faster Internet speed, you should use Cat6 instead of Cat5.

How To Choose The Right Cable? -Cat5 Vs Cat6 Vs Cat7

Maybe this is the most concerned question by the Internet users. Technology is getting advanced every day. So being smart in buying the network cable is quite important.

The cable you choose is up to your own requirements. If you only use it for the residential network, Cat5 or Cat5e is just fine. However, if you use it for business or you have higher demands on the speed, always choose Cat6. From the passages above you can see Cat6 has enhanced performance but with less crosstalk. For example, Cat6 is the right way to go when doing lots of video or audio editing. Besides, perhaps you depend on the fast speed to transfer files, Cat6 still can give you a hand. Furthermore, Cat6 matches the development trend of technology nowadays. Because everyone wants a better network experience. With the faster transmission of data, Cat6 is always the ideal choice for your home or office.

But when do we need Cat7? Can we use Cat7 for home and office?  As you can see, Cat6 can do everything that Cat7 can. What is the difference between Cat6 and Cat7? The biggest difference between Cat6 and Cat7 lies in their transfer speed as well as their prices. The price of Cat6 is pretty much cheaper than Cat7. You surely can use Cat7 for your home and office especially for gaming.

How About Cat6 vs Cat7 For Gaming?

Cat6 vs Cat7 for gaming has been another concerning problem by a group of game users. Cat7 always provides the fastest speed and better performance but at a higher cost. That’s the reason why I say Cat7 is usually for data centers and large enterprise networks.

To sum up, Cat6 is the best choice for your current needs. Besides, it can work with the needs that will change in the future.

First, we have strict quality control with advanced equipment and quality certificates. Second, we can customize products upon clients’ demands. Not only can we provide you good quality but excellent customization and customer service.

You can check out more information about the products on our website.

If you are interested in working with us, Welcome to contact us: Nicole@kexuncable.com for our more product details.

We will reply to you as soon as possible. 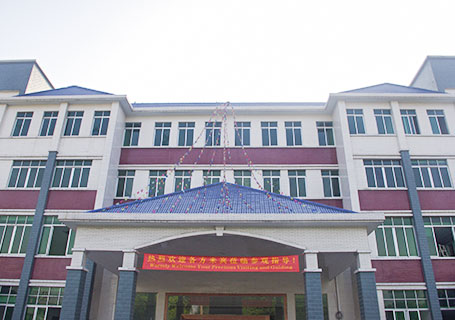 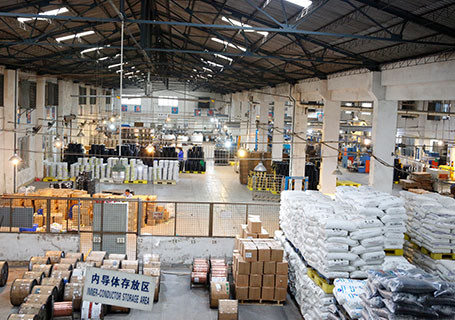 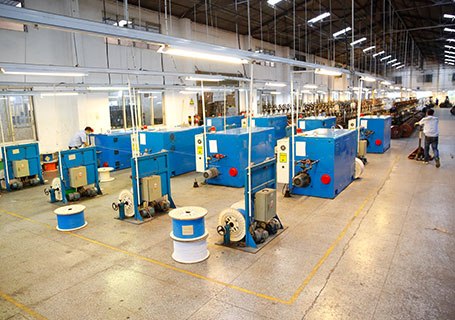 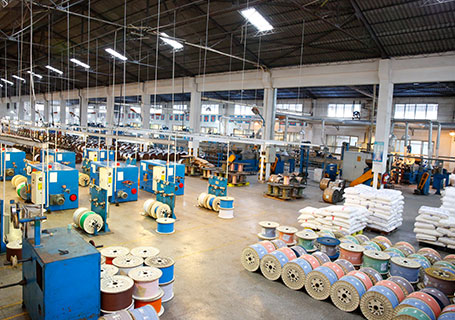